The new normal in Fata 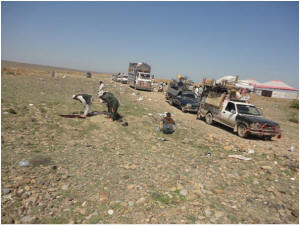 PESHAWAR, Pakistan, Feb 11 2016 (IPS) – A military operation by Pakistan’s army has been proving fatal for Taliban militants who held sway over vast swathes of the Federally Administered Tribal Areas (Fata) for over a decade. They crossed over the border from Afghanistan and took refuge in Fata after their government was toppled by US-led forces towards the end of 2001. After a few years, when they got a toe-hold in the region, they extended their wings to all seven districts of Fata. Not any more.